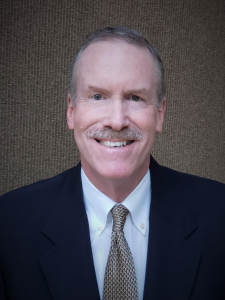 Dr. David Duncan assumed the helm as the director of the Emergency Medical Services Authority in September of 2019. He is native to the Sacramento area, enjoys rural living with his wife Patty, a former NICU nurse. They have been married for over 30 years and have a son and daughter.

Dr. Duncan is an accomplished emergency medicine physician with a very diverse and extensive experience. He is a member of the Society of Academic Emergency Medicine, American College of Emergency Physicians, and the American Medical Association. He has also been a member of the Emergency Medical Directors Association of California (EMDAC) for the last ten years, representing CAL FIRE and was also the air medical representative.

Dr. Duncan was chief resident, then assistant residency director at the University of California, Davis Medical Center from 1993 to 1996. He then transitioned to Mercy San Juan Hospital from 1996 to 1999, and Sierra Nevada Memorial Hospital from 1999 to 2015. Also, Dr. Duncan was the medical director at CALSTAR, Air Medical Group Holdings, and REACH Air Medical Services beginning in 2005. In 2018, REACH Medical Holdings appointed him as the executive medical director, serving over 50 bases. Additionally, he served as medical director at CAL FIRE – California Department of Forestry and Fire Protection from 2010 to 2019. Since 2016, Dr. Duncan has also served as a staff emergency physician at the Veterans Administration Hospital at Mather.

Dr. Duncan was instrumental in capturing industry-leading airway management metrics and achieved a 97% intubation success at CALSTAR – California Shock Trauma Air Rescue. He led efforts at CALSTAR to become the “2016 Air Ambulance Program of the Year” out of more than 300 air ambulance services.

Dr. Duncan also aligned an advanced Universal Scope of Practice for Air Ambulance and Critical Care Paramedics across California and has worked collaboratively with medical directors and administrators for its adoption.

Additionally, Dr. Duncan finds time to do research, publish, lecture, teach and develop and patent medical devices. As of 2019, he holds 17 patents.

Under statute, the Director of the California Emergency Medical Services Authority is required to be a physician with experience in emergency medicine.

For questions about EMT training or certification, contact your local EMS agency.